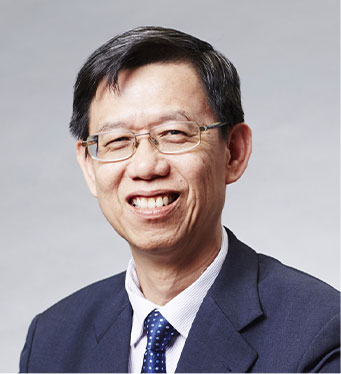 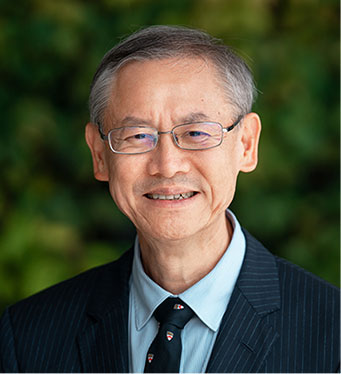 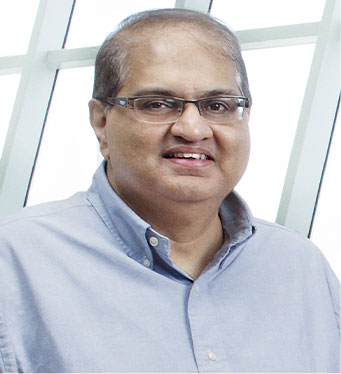 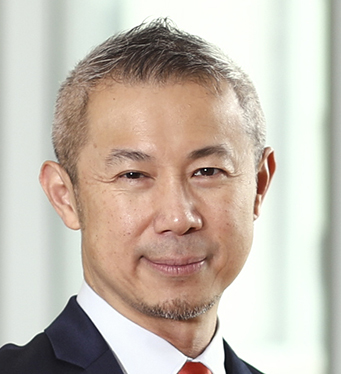 Mr Quek Gim Pew is the Senior R&D Consultant of the Singapore Ministry of Defence (MINDEF).

He is also a member of the Campus for Research Excellence and Technological Enterprise (CREATE) Scientific Advisory Board, National Supercomputing Center (NSCC) Steering Committee, and member of the Management Board of the Center for Remote Imaging, Sensing and Processing (CRISP), Tropical Marine Science Institute (TMSI) and Singapore Nuclear Research and Safety Initiative (SNRSI).

He is a Fellow of the Academy of Engineering, Singapore, and an Adjunct Professor in the NUS Department of Electrical and Computer Engineering.

Mr Quek was presented the Defence Technology Prize (Individual) in 1992. He was also conferred the Public Administration Medal (Gold) in 2007 and the NUS Distinguished Engineering Alumni Award in 2014.

Prof. Andy Hor is the Deputy Chief Executive (Research) of A*STAR. He oversees the scientific vision and strategy of A*STAR, and his role is to develop a framework to ensure quality, excellence and impact, as well as review policy and measures to safeguard research ethics, integrity, compliance and responsible conduct. He manages the horizontal thematic research programmes, and develops collaborative links with public and private sectors in Singapore and strategic international partners.

Prior to this, Prof. Hor was the Vice President and Pro-Vice-Chancellor (Research) and Chair Professor of Metallic Chemistry & Materials in the University of Hong Kong (HKU) from 2015 to early 2020; Board Member of its business arm Versitech Ltd, chaired the University Research Committee, and Director of its Knowledge Exchange Office. His portfolio covered research, innovation, entrepreneurship, and technology transfer of the University, crossing ten faculties. Among his responsibilities were management of the University’s competitive grants and performance in the Research Assessment Exercise in Hong Kong. He established the first university-level student-centric innovation and incubation centre, fostered a dual quality-first and impact-driven culture, as well as strengthened the global collaborations of HKU. He was a Board Member of the Singapore International School in Hong Kong.

Prof. Hor graduated from Imperial College (B.Sc.(Hon)) and University of Oxford (D.Phil.), after which he was a postdoctoral associate at Yale University before he joined the National University of Singapore (NUS) in 1984, and developed his academic career therein. He spent five years as the Executive Director of A*STAR’s Institute of Materials Research & Engineering (IMRE) before his move to HKU. In NUS, he was Head of Chemistry for almost a decade and won numerous research and teaching awards, including the Educator Award of NUS and Outstanding Scientist Award of its Faculty of Science.

Among his accolades are the NSTB Young Scientist Award, ASEAN Achievement Award, the first SNIC Distinguished Chemistry Service Award, and numerous fellowship such as Humboldt, Commonwealth and ASAIHL. For his achievements and contributions, he was conferred D.Sc. by the University of London, and numerous academy fellowships, including the European Academy of Sciences, Royal Society of Chemistry, Singapore National Academy of Science, Singapore National Institute of Chemistry and NUS Teaching Academy, among others. His services included being the President of the Federation of Asian Chemical Societies, President of the Singapore National Institute of Chemistry (SNIC), President of Jury of L’Oréal for Women in Science, Founding Chair of the Young Scientist Award, Chair of the Advisory Committee on Hazardous Substances and Toxic Wastes of the National Environment Agency, and Chair of numerous international conferences. He is on the advisory boards of a number of international journals and conferences, and has served on many grant and award review panels in Australia, Japan and Hong Kong as well as NRF and A*STAR, among others.

In research, he specializes in organometallic materials and heterometallic catalysis and has published over 430 international papers with more than 1,000 annual citations in recent years, and filed patents in areas like nanostructures and battery materials. He has delivered numerous plenary, keynote and invited lectures in major conferences and seminars, and trained over 100 doctorate and Master’s students apart from many more research students in NUS and schools in Singapore. He is Concurrent Professor of Fudan University.

Mr. Merchant’s role in driving technology for Keppel is instrumental. His role includes strategising Keppel’s R&D to be on the forefront of innovation focusing on Keppel as the solutions provider of choice globally.

Mr. Merchant is also an Adjunct Professor at the National University of Singapore. He is a Steering Committee member of the Keppel-NUS Corporate Laboratory. Under this Corporate Laboratory, researchers benefit from his guidance to develop novel concepts and technology which yield commercialisation potential especially in industries where Keppel has presence in. He also encourages researchers to apply new capabilities, concepts and technology across different fields to raise the bar of research and development cross-industries.

He has also been recognised by industries for his unwavering drive for innovation. He received the Singapore Maritime Port Authority (MPA) Outstanding Maritime R&D and Technology Award in 2015 and also the Institute of Engineers Singapore Prestigious Engineering Achievement Awards 2009, 2013 & 2016.

Prof. Chen Tsuhan is the Deputy President (Research and Technology) and Distinguished Professor at National University of Singapore. He is also the Chief Scientist of Artificial Intelligence Singapore.

Prof Chen was appointed the Editor-in-Chief for IEEE Transactions on Multimedia in 2002-2004. He was elected to the Board of Governors, 2007-2009, and a Distinguished Lecturer, 2007-2008, both with the IEEE Signal Processing Society.
Prof Chen received the Charles Wilts Prize for outstanding independent research at the California Institute of Technology in 1993. He was a recipient of the US National Science Foundation CAREER Award from 2000 to 2003. He received the Benjamin Richard Teare Teaching Award in 2006, the Eta Kappa Nu Award for Outstanding Faculty Teaching in 2007, both at the Carnegie Mellon University, and the Michael Tien Teaching Award in 2014 at the Cornell University.

Prof Chen has published more than 300 technical papers and holds close to 30 US patents. He earned his PhD degree in electrical engineering from the California Institute of Technology, Pasadena, California, USA, in 1993. 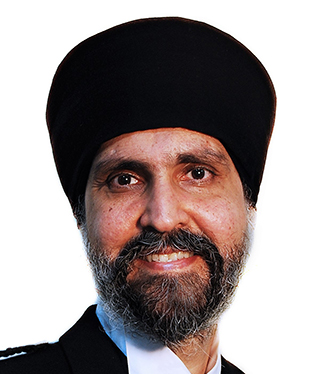 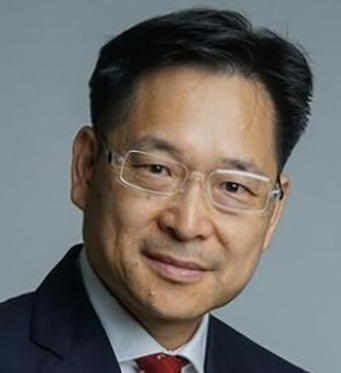 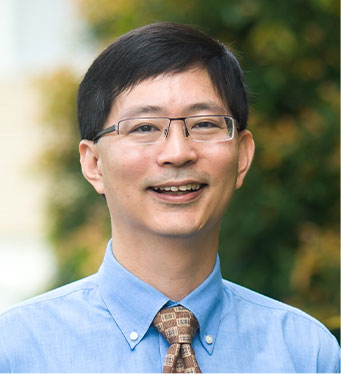 Prof Chua Chee Kai is the Associate Provost for Research at SUTD. He was the Head of Pillar for Engineering Product Development from 2019 to 2022. Prior to SUTD, he was a professor at the Nanyang Technological University for almost 3 decades, serving as Head of Division (1999-2008) and Chair (2011-2014) at the School of Mechanical and Aerospace Engineering and Executive Director of the Singapore Centre for 3D Printing (2014-2019). For his service, he was awarded The Public Administration Medal (Silver) by the President of Singapore in 2014.

At SUTD, Prof Chua is also the Chair Professor for the Cheng Tsang Man Professorship where he hopes to advance both education and research for the Engineering Product Development pillar. He would like to prepare graduates for the ever-changing world and to undertake impactful research that is relevant to Singapore.

Prof Chua is an active contributor to the Additive Manufacturing (AM or 3D Printing) field for over 29 years, where his re-design of AM processes for innovative devices such as tissue engineering scaffolds are highly regarded by the scientific community. He is now active in 3D printing of electronics, food, metals and polymers.  He won the prestigious International Freeform and Additive Manufacturing Excellence (FAME) Award in 2018.  As at 2019, he has contributed more than 300 technical papers, generating more than 11,000 citations, and co-authored four books including “3D Printing and Additive Manufacturing: Principles and Applications (5th edition)” and “Bioprinting: Principles and Applications”.  In addition, he is the chief editor of “Virtual and Physical Prototyping”, as well as the chief editor of International Journal of Bioprinting”.

Dr Jasbir Singh was also a Director at the President’s Office at Nanyang Technological University where he was involved in research strategy planning, development and governance, and oversee major research programme co-ordination as well as infrastructure development including NTU’s space planning and allocation. His experience also covered both strategic planning and research during his time at the Agency for Science, Technology and Research (A*STAR) where he held numerous portfolios, including key positions as Director, Engineering Cluster for the Science and Engineering Research Council, Organisational Development and Planning Division, Research Grants and Capability Development (A*STAR HQ and SERC), and Deputy Executive Director at A*STAR’s Institute of Materials Research and Engineering (IMRE).

He is a member and Professional Engineer of the Professional Engineer Board (P.Eng), a Fellow, Institution of Mechanical Engineers (F.I. Mech. E.), and a Member and Chartered Engineer, Engineering Council, UK (C.Eng). Jasbir is also actively involved in community and social work including being a Deputy Registrar of Marriages, Member of the Films and Art’s Consultative Panel (F&ACP), VP of the Fuyong Estate networking Committee – Holland – Bukit Panjang (Cashew) GRC, as well as active engagement in Singapore’s Sikh Community.

Professor Lam is the Associate Vice President (Strategy and Partnerships) and Professor in the School of Computer Science and Engineering at the Nanyang Technological University (NTU), Singapore. He is concurrently serving as Director of the Strategic Centre for Research in Privacy-Preserving Technologies and Systems (SCRIPTS), and Director of NTU’s SPIRIT Smart Nation Research Centre. He served as the Director of the Nanyang Technopreneurship Center 2019-2022, and as Program Chair (Secure Community) of the Graduate College of NTU 2017-2019. Professor Lam has been a Professor of the Tsinghua University, PR China (2002-2010) and a faculty member of the National University of Singapore and the University of London since 1990. He was a visiting scientist at the Isaac Newton Institute of the Cambridge University and a visiting professor at the European Institute for Systems Security. In 2018, Professor Lam founded TAU Express Pte Ltd as an NTU start-up upon successful completion of the Intelligent Case Retrieval System (ICRS) project, performed in collaboration with the Singapore Judiciary under the SPIRIT Smart Nation Research Centre. In 1997, he founded PrivyLink International Ltd, a spin-off company of the National University of Singapore, specializing in e-security technologies for homeland security and financial systems. In 2012, he co-founded Soda Pte Ltd which won the Most Innovative Start Up Award at the RSA 2015 Conference. In 1998, he received the Singapore Foundation Award from the Japanese Chamber of Commerce and Industry in recognition of his R&D achievement in Information Security in Singapore.

Prof Lam received his B.Sc. (First Class Honours) from the University of London in 1987 and his Ph.D. from the University of Cambridge in 1990. His research interests include Distributed and Intelligent Systems, Multivariate Analysis for Behavior Analytics, Cyber-Physical System Security, Distributed Protocols for Blockchain, Biometric Cryptography, Homeland Security and Cybersecurity.

Research Interest:
Genomic Oncology of Stomach Cancer Our research focuses on developing genomic approaches to unlock the molecular and clinical diversity of gastric cancer (aka stomach cancer)- the second highest cause of global cancer mortality. At present, most gastric cancer (GC) patients are clinically treated with uniform “one-size- fits-all” surgery and chemotherapy regimens. However, individual gastric tumors can often vary in their genetic  aberrations, which can regulate disease aggressiveness and treatment response.

To improve clinical outcomes for GC patients, our group is  developing methods to classify different GC patients into distinct subgroups based on their molecular profiles, identifying specific “Achilles Heel” genes required for cancer development in each
subgroup, and translating these discoveries into optimized and tailored subgroup-specific treatments. Over the past decade, our group has made important contributions to the GC field. We have defined transcriptional subtypes of GC (Tay et al, 2003; Tan et al., 2011) and translated these findings into an industry- international multi-centre clinical trial. We identified the first recurrent fusion genes in GC (BRAF fusions and CD44-SLC1A2) (Palanisamy et al., 2010 in collaboration with Arul Chinnaiyan; Tao et al., 2011), and reported the first comprehensive studies of somatic copy number alterations and epigenetic alterations in GC (Deng et al., 2012; Zouridis et al., 2012). In collaboration with Prof Teh Bin Tean and A/Prof Steve Rozen, we have also reported pioneering studies in applying next-generation sequencing to GC and other cancers endemic to Asia (Zang et al., 2012; Ong et al., 2012). Our group is a core pillar of the Singapore Gastric Cancer Consortium, a national multi-disciplinary team of >20 leading clinicians and
researchers working together to improve our basic and clinical understanding of GC. 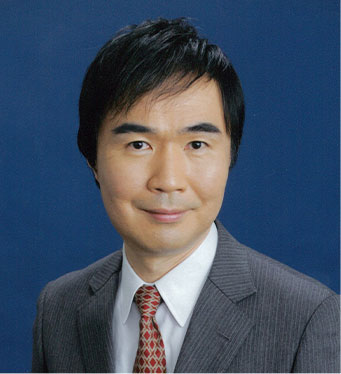 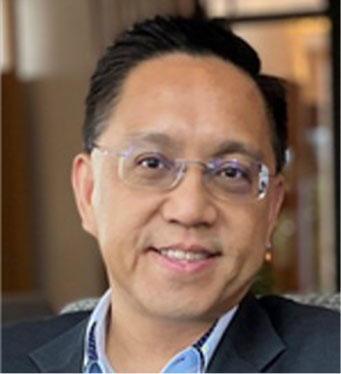 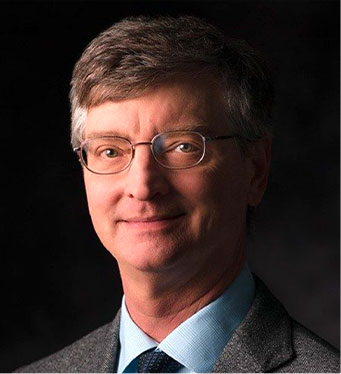